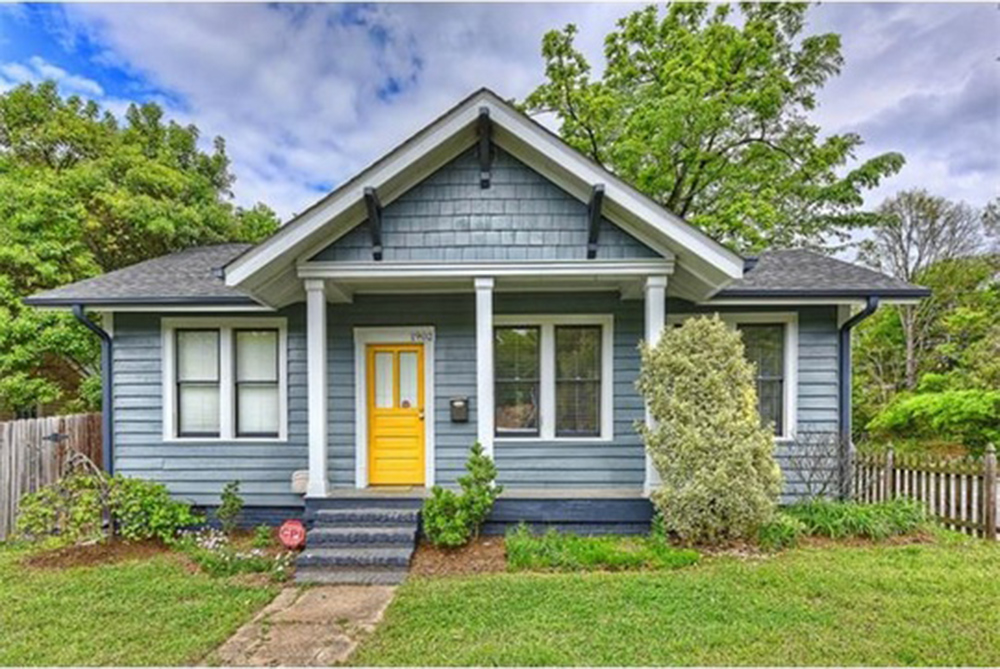 Craftsman houses appeared first appeared in the early 1900’s. Developed and designed by Gustav Stickley, Craftsman homes were an original concept of housing for those lucky enough to be able to afford to build a new house.

Primitive and tiny by today’s standards, most Craftsman homes had only one bathroom. Some even had an icebox that opened to the outside so the ice delivery man could refill it without entering the home!

In 1909 Gustav Stickley released a book ‘Craftsman Homes’ which contained the plans for thirty six homes. While you can still purchase this book today, you will see that the plans show homes that are too small by today’s standards.

However, reviewing these old plans might give you an idea of how the homes should be laid out.

In 1901, Gustav released his magazine, The Craftsman which promoted the Arts and Crafts movement of the early twentieth century.

He and fellow architect Harvey Ellis designed and published two hundred and twenty one craftsman house plans over the next fifteen years.

Stickley’s ideas had a huge influence on many people, including Frank Lloyd Wright.

Some of Stickley’s ideas included the fact that a house ought to be constructed in harmony with it’s landscape, with special attention paid to selecting local materials.

He believed that an open floor plan would encourage family interaction and eliminate barriers and that artificial light should be kept to a minimum, so large groupings of windows were added into the designs.

The period division has also been used to describe the Craftsman houses that were built during each time period.

Some enthusiasts of Stickley furniture have speculated that the houses may have been designed to give the furniture he designed a proper home. Stickley knew his furniture designs did not fit well into the Victorian interiors that were so prevalent in those days.

Where can you find Craftsman house plans today?

For example, the Don Gardner Co. (www.dongardner.com) offers Craftsman house plans that contain both a modern elegance and an appreciation for the original Craftsman movement.

He has one Craftsman house plan for a home of 2546 sq. ft. that would fit well in any of today’s communities.

The house, called the Martelle, has three bedrooms, three full baths and a half bath. On the smaller side, there is the Kellswater at 1,571 sq. ft. and with three bedrooms and two full baths.

Eplans.com also offers plans for Craftsman type houses. As examples of its houses, eplans offers one called the Prairie Pride with 2,422 sq. ft. and one called Looks Can Be Deceiving with, if you can believe it, 5,949 sq.ft.

What these plans cost

One set of blueprints for the Prairie Pride house from eplans.com costs $620 or you can buy a reproducible master for $935.

The cost of plans for the Looks Can Be Deceiving house is $2379 for a reproducible master and one set of blueprints.

Don Gardner sells five of plans of the Martelle at the cost of $765 for five sets to $2,110 for AutoCAD construction on CD-ROM.

Plans for the Kellswater range from $675 for five sets to $1,850 for AutoCAD constructions on CD-ROM.