The news in 2021has been rather doom and gloom for the world wide economy with a knock on effect on the housing market showing a slow down, higher prices and mortgages harder to obtain forcing people into a stalemate situation.

Recently, the Nationwide has been reporting drops in average prices, property experts advising that prices could drop by up to 40%.

Right move have also been reporting a slowdown in house purchases.

Just to put the house buying sector into perspective a Sheffield Removal Firm reported that in 2007 they averaged 80 home moves each week.

Now the Home Removal firm averages only 20 moves a week which is a significant down turn.

The Mortgage Squeeze and the tightening of Buy to Lets mean that there won't be as many home buyers who will be wanting to move house.

Does this mean that there will be a slow down in the DIY sector?

Many sector experts feel that as more and more people are thinking about staying in their home long term instead of moving they will be thinking more about improving their existing homes and investing in what they already have.

Whether it is improving their kitchen or bathroom with complete re-fits or indeed just changing the odd kitchen door or handle to maybe just changing the shower door, it is well known that us Brits like to have a home looking pristine for guests.

Bathrooms are an essential part of any home, not only for the day to day practicality but by the fact the bathroom is now seen as the focal point of the home, like a kitchen, since it is used every day and something you like to be able to show off.

It doesn't matter how nice your house is as a visitor will always remember your bathroom.

Improvements to the bathroom can be very cheap by adding a new electric shower which simply involves taking one box off the wall and adding another (providing the new shower is the same size or larger so as to not expose any bare areas) or even adding a new shower head (which has been particularly popular with the introduction of the water saving Mira ECO shower handset).

Shower spares and accessories have been increasingly popular recently since it is cheaper to keep hold of an old shower and buy a new £20 hose here and a £10 bracket there compared to buying a new shower which can range from a cheap and basic £50 (though you get what you pay for) to well over a £1,000 for an all singing and all dancing version.

On the other side a new bathroom suite could cost upwards of £2,000 for a new shower enclosure, stylish shower tray, modern and fashionable taps and the latest vitreous china designs.

So if house prices do indeed come down it is widely accepted that although there may be a small slowdown in DIY the attitude of "Improve Don't Move" is coming into prevalence.

The DIY market is a very competitive market so there are bargains to be had everywhere, particularly in the online stores, where huge discounts are to be had, where the online discount websites have prospered. 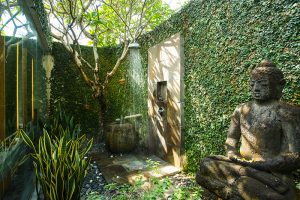 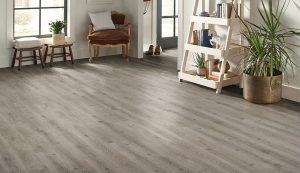