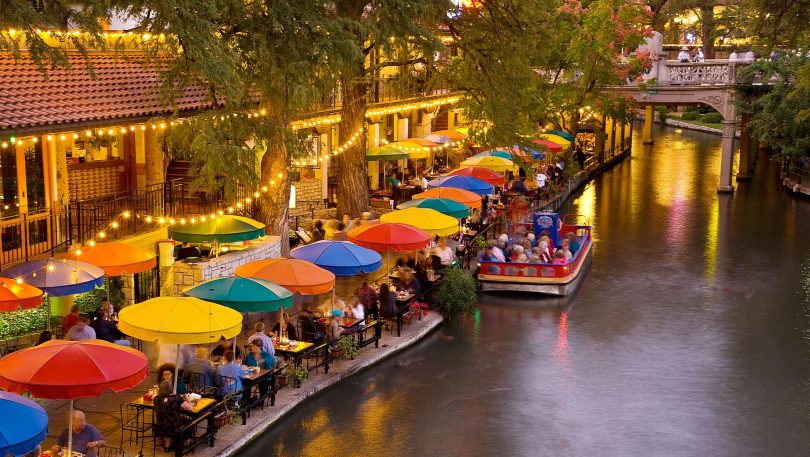 Texas, the second-largest state in the United States, offers an almost infinite number of opportunities for amusement and excitement. The state is both geographically and culturally diverse, and as a result, it provides a wealth of one-of-a-kind attractions and activities to choose from. There are many landscapes in Texas to choose from when planning a vacation, including cities, mountains, beaches, and deserts.

Cities in West Texas, such as Amarillo or Lubbock, provide an exciting contrast to the metropolitan centers of Houston, Austin, and Dallas; however, each of these cities has its personality and draws visitors for its unique reasons. Tourists need to include San Antonio, which is well known for the Alamo and the River Walk, and Hill Country, located nearby.

So, if you plan to invest in Texas real estate, this can prove to be your best investment.

The River Walk in San Antonio

The River Walk is a pedestrian walkway that runs for several miles along the San Antonio River in the middle of the city. It is lined on both sides with restaurants that feature lovely outdoor patios where patrons can dine while looking out over the river. This pedestrian walkway follows the river’s path as it winds and weaves through the city. It was constructed below the street level, and it is equally popular during the day and night with locals and tourists.

Even though taking a leisurely stroll along the river is by far the most common thing to do here, taking a cruise down the river on a boat is another excellent way to take in the atmosphere of the neighborhoods. These depart on a continuous basis and feature a variety of outings, from standard sightseeing tours to dinner cruises.

The Alamo is widely regarded as one of the most significant historic sites in the United States. Franciscans constructed it in 1744 as a component of a mission station established in 1718, and by 1836, it had been transformed into a fort. During the Texas Revolution, a small force led by Davie Crockett and James Bowie barricaded themselves in against a much larger and more powerful Mexican army consisting of approximately 3,000 soldiers. This event led to the landmark’s rise to fame. Even though all 187 defenders were killed in the defeat, the cry of “Remember the Alamo!” rallied the state to win the battle against the Mexicans.

You can pay a visit to this historical site to see the buildings that have been restored and the cenotaph that honors the Texans who have died in battle. On the inside is a museum with rotating displays of artifacts and weapons connected to the mission’s history and the events that have taken place there.

If you have the time, it is worth checking out some of the other missions located in the surrounding area. These missions are connected by the Mission Trail, which is part of the San Antonio Missions National Historical Park.

The Space Center in Houston

Space Center Houston is one of Texas’s most visited tourist destinations and is located only a half-drive hour’s from the city’s central business district. This is a great place to learn about NASA’s newest projects, upcoming missions, and space exploration in general. You might even get the chance to chat with an actual astronaut. It is possible to take a tour of both the Johnson Space Center and Mission Control, located within Space Center Houston.

You should set aside at least half a day to explore the entire complex, which features a replica of a space shuttle mounted on a shuttle carrier. Both the shuttle and the airline are open for guests to walk through. You can also go inside a replica of Skylab, the name of the United States’ first space station. Other highlights include getting the chance to touch a rock from Mars and the moon and seeing rockets.

Numerous exhibits, as well as films, models, astronaut-related artifacts, and displays on the experiments and developments at NASA, provide a fascinating insight into the operations of the world’s most extensive space program, which can be found at this center. You can access this fantastic space center if you are planning to move to Houston and invest in Texas real estate.

Padre Island, located just a short drive south of Corpus Christi and spans a total distance of 70 miles from one end to the other, is the world’s most extended undeveloped barrier island. Padre Island is one of the most important conservation areas in Texas. It has more than 130,000 acres of beaches, dunes, and grassland habitats. It is also home to numerous migratory birds and rare sea turtles, making it a paradise for birdwatchers. More than three hundred and fifty distinct species stop here during their journey along the Central Flyway.

Your journey along this breathtaking stretch of the Gulf of Mexico coast should start at the Malaquite Visitor Center, which is the most convenient location. It offers a wealth of information and assistance for people with mobility issues, such as beach wheelchairs that have been specifically modified for use on the sand.

The Texas State Capitol in Austin

It wasn’t until 1888 that construction began on the Texas State Capitol, widely regarded as one of the most beautiful state legislatures in the United States. With a height of 308 feet, this National Historic Landmark can be found in the heart of downtown Austin, and it certainly leaves an impression due to its size.

The defenders of the Alamo and veterans of the Vietnam War are honored with monuments on this park’s 22 acres, which are among the park’s highlights. There is an option to take a guided tour of the building’s interior, and tours begin at the visitor center, which features numerous displays. At dusk, please make your way over to the Ann W. Richards Congress Avenue Bridge to catch a glimpse of the incredible sight of a million or more Mexican free-tailed bats flying in and out of their roosts located underneath the bridge.