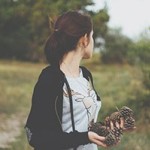 TriBest also has a Green Star GP Gold Model, which is not reviewed in this article).

Basically, the only differences in the three Green Star models are the accessories that come with the juicer – the actual juicer mixer itself is the same as far as I can tell.

At the end of this article is a table showing all the specifications of the three models, with a list of the various accessories that come standard with each.

All three models also have a 5-year warranty.

All three juicer models utilize a twin-gear design to grind up the food source.

This is known as a triturating juicer (as opposed to a masticating juicer, which uses a single auger-style gear).

The twin gears are made of stainless steel and a tough plastic at the ends of each gear which serve to push the pulp out of the juicer.

The gears fit together with 4/1000 of an inch clearance between them. There are some small dots on the ends of the gears to help you line them up correctly when putting them back into the juicer after cleaning.

The juicer is a very heavy-duty juicer, in that it is solidly built and fairly heavy, weighing in at around 21-23 lbs.

The motor is a ¼ HP motor and it turns at a very slow RPM.

The low RPM allows the food source to be ground up slowly so that juicing is complete, plus it prevents the juice from becoming excessively foamy (which if too foamy causes the juice to oxidize and reduces the nutritional value).

The motor, which is operated by a smooth touch switch, can turn in forward and reverse and is very quiet during operation.

Assembling the juicer is fairly easy, once you have done it one or two times. The juicer body itself is built of heavy-duty plastic and houses the motor.

The power cord (which is about 3 feet long) can be coiled up in a recessed compartment at the base of the juicer during storage and is then pulled out for use.

As described above, the juicer body has a hexagonal stub (the drive shaft) that sticks out of the end of the body which is where the drive gear attaches, and a hole for the slave gear (which has a round stub on the end that fits into the hole on the juicer body).

There are nine different parts that need to be placed on the juicer housing in order to make it fully assembled for juicing. First, a plastic cowling piece slides onto the end of the juicer body.

To hold all the pieces together, there are two arms that swivel out from the main juicer body. The arms swivel into place with the cowling assembly.

The ends of the arms are equipped with turn screws which, when tightened, hold the entire cowling/gear assembly in place and sealed.

At the end of the cowling assembly is where the pulp is expelled.

There is a spring-loaded end cap, called the pulp control knob, that screws onto the end of the cowling piece, which, when tightened, controls the flow of pulp as it is expelled from the end of the juicer.

The final pieces of the assembly are attached to the top of the food intake chute.

The first piece fits down into the top of the food chute and has a flange at the top.

The second piece is an oval tray that sits on top of the flanged food intake and snaps into place.

All the juicers come with two food plungers (one wooden and one heavy plastic) to use when pushing the food source down into the food intake chute.

When it is time to use the juicer, set it on the modern kitchen counter near the sink.

The juicer is plugged in and the 3-cup glass pitcher is placed beneath the juice spout (which is actually underneath the cowling assembly, not at the end which is where the pulp is ejected).

At first, the pulp control knob should be tightened all the way in. Place a plastic bowl or other container under the end of the juicer to catch the pulp as it is ejected.

(Authors note: I collect all the pulp and put it in my compost bin).

When pushing vegetables into the food chute, I have found that it can sometimes take a good bit of force to push the vegetables (especially carrots) into the juicer.

For this reason, here are a few recommendations. First, place the juicer on a low enough surface that you have good body leverage to push the vegetables.

Second, you can cut the vegetables into thin strips prior to adding them to the food chute. If, for some reason, you ever need to reverse the twin gears, the motor switch can easily be switched to reverse.

When you first begin juicing, you should have the pulp control knob tightened all the way in.

Once you see the juice, then you can loosen the pulp flow knob a few turns to let the pulp come out at the desired speed.

The juice will actually drip from underneath the juicer and you can collect it in the 3-cup glass pitcher that comes with the juicer.

When you are finished juicing, take apart the juicer by reversing the steps above.

The pieces should be individually cleaned after each use. The juicer comes with a specialized brush to clean the various components.

You can let the parts soak in the sink and/or run them through the dishwasher. Make sure they are dried fully before re-assembling the juicer.

As with most juicers, the clean-up is the job that people tend to dislike the most.

The GreenStar juicers are a bit of a challenge to clean simply because there are several parts to clean. However, there are a few bright spots.

First, the juicer is easy to assemble and dis-assemble. Second, the juice that is produced by the GreenStar is a very high-quality juice, because it has very little foam.

Also, because the GreenStar turns at such low RPM, the juice does not get heated by the gears, as can happen in other juicer designs.

This is good, because when the juice is foamy, that means a lot of air has been introduced into the juice, which causes oxidation of the juice. Oxidation and heat both tend to reduce the nutritional value of the juice.

Because the GreenStar produces such a high-quality juice, you can make enough juice to last for up to 2-3 days, so you won’t have to juice as often as you would with other types of juicers.

However, please note that if you are making a large batch of juice, you should use glass or polycarbonate containers and immediately fill the container(s) all the way to the top so that there is no air in the top.

Store the container(s) in the coldest part of your refrigerator.

In addition to juicing, the GreenStar juicers are also capable of making a variety of other treats, such as nut butters, baby food, pate and even frozen fruit sorbets or “ice cream”.

To make any of these food items, you would use the plastic homogenizing “blank” in place of one of the perforated screens inside the juicer.

You would also need to keep the pulp control knob completely tightened when using the blank.

Also, the GS-3000 comes with a few extra attachments to make pasta and rice cakes, which can be optionally purchased for the GS-1000 and GS-2000 models.

All in all, the GreenStar series of juicers are versatile, well-made and heavy-duty.

While they are on the higher end of the price scale as far as household juicers are concerned, I find them to be a great value when considering the versatility and nutritional benefits.

In addition to being involved in Marathons, Triathlons and Internet Marketing, Doug Wilson is an avid proponent of raw foods and juicing.