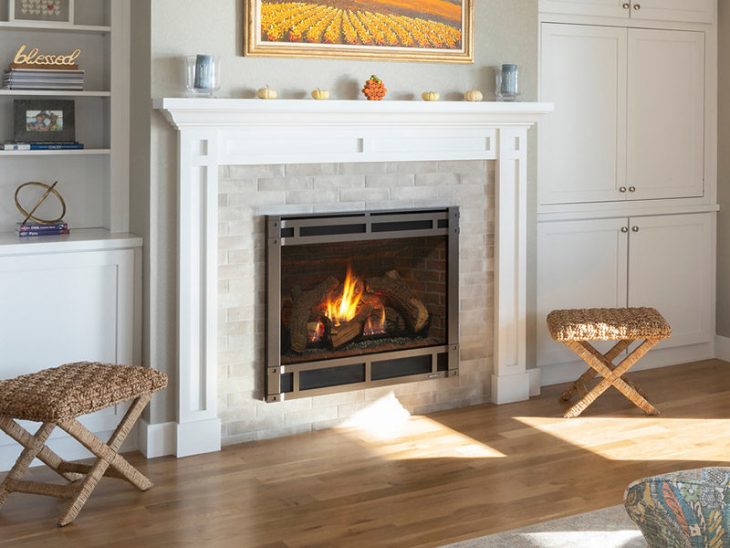 Wood burning stoves, fireplaces, and the hearthside in general, serve a very functional and necessary purpose when used in your home as a primary or supportive heating source. That’s the wood burning stove’s rational reason for existence. Move away from the pure serviceability and usefulness of the appliance and you will see a part of your home decor that adds beauty and ambiance to your surroundings but, this is really nothing new.

Technically, the hearth is defined as a brick or stone-lined fireplace or oven used for cooking or heating but, that is merely the formal sterile concept of the hearth. Throughout history the hearthside has played a significant role in the life and activities of the family.

Greek mythology recognized the importance by assigning Hestia as the goddess of the hearth and “right ordering” of domesticity and family life. The Roman goddess Vesta personified the public hearth concern by overseeing the cult of the ever burning hearth that bound the Romans together. Homes in Ancient Persia were expected to have a hearth for offering sacrifices and prayers.

In early America the family’s place of dwelling was often times referred to as the “hearthside” not a house or home. The household saw the fireside as a place of safety, comfort, nourishment, and warmth. As the American tradition of Christmas season was gaining popularity, at least in the eyes of the American marketer, the family was often times pictured celebrating around the home’s fireside enjoying the holiday season.

The time most Americans would agree to be the nation’s darkest hour, the great depression and World War II, also saw the fireside take its place to play a major role in the hearts of our citizens. When President Franklin Roosevelt elected to take his heart-felt thoughts and feelings to the American people “Fireside Chats” was the banner given to his radio broadcast. The President, being the proficient politician, knew the sentiment and value Americans placed on the family’s hearth.

During the energy crisis of the 1970s we experienced a modern rebirth and also a slight twist to the hearthside. A huge demand for wood burning stoves as the primary or often times secondary heating source was the end result. Again rising above the pure functional aspects of heating the home the wood burning stove was transformed into decorative appliance.

The rising cost of traditional heating sources and the availability of wood, one of our nation’s most renewable resources, created a new interest in an old concept. Old concept yes but, with a modern look and feel. The free-standing floor model wood burning stove or a fireplace insert, fitting in the existing brick and mortar structure with very little modification, replaced the simple fireplace.

As part of the rebirth wood burning stoves and fireplace inserts were enhanced with an electric blower system providing a more efficient and practical heating method with a level of performance not attainable by the standard fireplace. An ole mountain man from Tennessee once said, “Heating your home with a fireplace is like building a fire on your porch and opening your front door.”

He went on to say,”Son, a fireplace is not made for warmth, it’s made for romancing.” Needless to say he was a big fan of the free-standing wood burning stove. But he did overlook the decorative enhancements of the modern-day fireplace insert and wood burning stoves. Many have heat hardy glass doors allowing the fire to be visible and still provide an incredibly efficient level of comfort.

Throughout history the hearth has enjoyed a significant position in the homes and communities. Mark Twain was quoted as saying, “history does not repeat itself, it rhymes”. This is certainly true regarding the hearth. It has been and will be the center of the home. It’s ornate,practical, and functional so why should it not continue the long-established tradition?