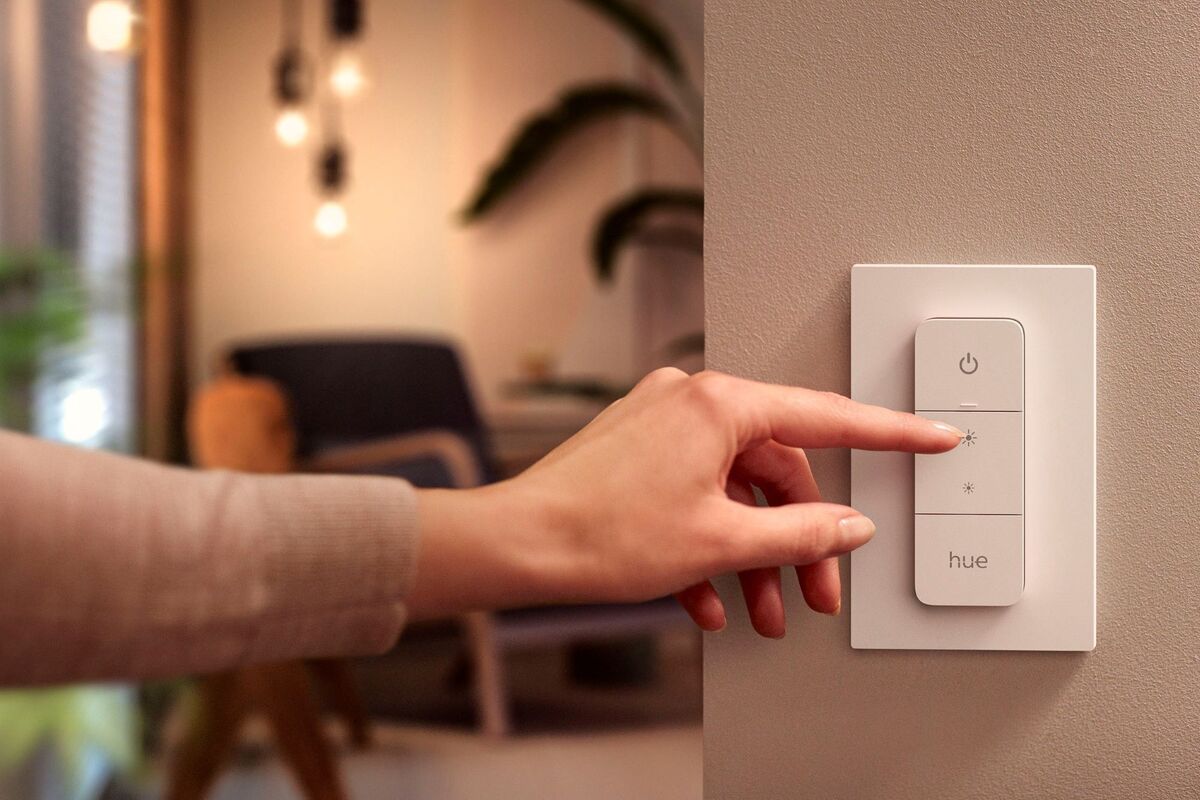 Installing a new dimmer switch can be as easy as one-two-three as long as you follow a few simple safety rules. First you have to properly size the switch you will need in each application. Many different types of dimmers are available today including different colors, shapes, wattage’s and wall plate styles.

First on your list is to count the number of lamps or bulbs that are to be controlled by your dimmer switch and add up the total number of watts of the bulbs. Five 100 watt bulbs will require for example, a dimmer switch that will handle at least 500 watts but more is better. Try not to run your switches at their maximum rating. This may cause overheating of the switch and at worse a fire.

Once you have determined the total number of watts you will use, it is time to go to the store. You may find dozens of different colors, shapes and sizes as well as standard slide switch, push button and programmable dimmers as well.

Choose color first, type second (regular or programmable), slide or button style, and then make sure the dimmer you picked will handle the number of watts you need. It will tell you right on the package the maximum number of watts the switch can handle. Also check to see if the switch will handle the new CFL fluorescent bulbs currently being sold. Very shortly in 2011, I understand old style incandescent bulbs will no longer be available to purchase.

Another thing to check before installing a dimmer switch is to determine if the electrical wall box is large enough to handle a dimmer switch? Dimmers are quite a bit larger in size than a standard single gang light switch. One dimmer switch in one gem box is usually OK if there aren’t a bunch of other wires also in the box.

When a two gang switch box is being converted to a dimmer along with a single gang (or two dimmers), this is a condition where the box may be too tight for comfort and the electrical code. Dimmers need air space to keep themselves cool during use.

Packing wires and dimmers into too small a box can cause premature dimmer switch failure from overheating but also be the cause of an electrical fire. Very, very dangerous condition. You may have to replace the wall box with a larger deeper box to provide adequate space for the wires and switches but the work is well worth it.

A word of caution. Before starting to replace your new dimmer switch, turn off the circuit breaker for that switch box. Using a small inexpensive tester, make sure the wires are all dead before you start to remove the screws from the switches themselves. This double check assures someone else did not cross wires somewhere and cause an electrical back feed to the switch you are changing.

Remove the old switch plate cover and switch. Almost all new switches today have three wires. White, black and green. The change is very easy. White wire to white, black to black and green goes to the bare copper ground wire in the power cable.

Once wired, turn the breaker back on and try the switch to assure proper operation before replacing it into the wall. Turn the breaker back off and then carefully push all the wires back into box and screw the new dimmer switch into place. Install your wall plate and your done!