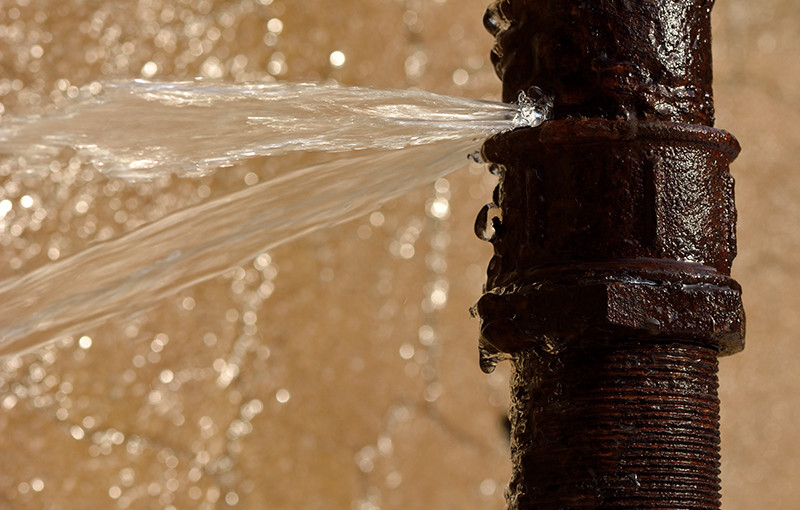 If you have ever awoken one cold winter morning to find your water or heating pipes frozen, you know it can be a real chore getting them back into service again. Heating the pipes too quickly can cause them to burst while heating the pipes too slowly does nothing at all. Here are a couple of ways you can try and resolve the problem. First thing to do is try to determine why the pipes froze in the first place.

If the heat was out for a period of time good chance that’s the cause but you would know if the heat was off. A bigger culprit could be a draft blowing directly onto an exposed section of pipe in a crawl space or unheated basement.

Any opening in a foundation wall or sill plate of any size will allow cold air to enter and if it is windy outside it can be like a wind tunnel. Exposed water piping absorbs the cold air and once the heat stops circulating or you turn the faucet off, the water flow stops and the freezing cycle begins. In extreme cold temps freezing can occur in as little as a few minutes.

Once frozen only some type of heat source can un-thaw the pipes. Heat directly applied to the pipe with a torch flame can be very tricky. Too much heat too quickly and you can burst a pipe seam. Too much heat too close to a soldered fitting, the solder will melt and the joint will fail. By placing the flame tip in a position where it just barely touches the pipe and running the flame along the pipe you will see a layer of frost appear almost instantly at the area where the pipe is frozen.

The frozen area could be four or five feet long or only a few inches if your lucky. If you have located it quickly enough and it is only a few inches long, a few passes of the of torch should clear the plugged section. If the frozen section is longer, you will have to slowly pass the torch back and forth along the entire length of the frozen section. Do not hold the torch in one place on the pipe.

You will cause the water inside to boil, turn to steam and burst the pipe. Boiling steam in the face is not a laughing matter. Burned hands are not much better. As the pipe thaws out, the frost will disappear as you pass the torch over the pipe. If it is a water supply pipe, leave the faucet turned on while you work and it will help alleviate any pressure buildup in the pipe and also tell you when the water has started to run freely again. If there are no drafts evident the use of a heat tape may be in order.

Most have built-in thermostats so they only run when the temps drop below freezing. If you cannot clear the blockage this way you may have to cut the pipe to allow the frozen water and slush to exit the pipe more quickly. A plumbing product on the market called Sharks teeth allows you to cut the pipe near the frozen section, and once the clog is cleared, simply slip the fittings over both ends of the pipe and click them together. Instant fix.

No soldering at all. They are about four or five dollars each and an unlocking tool is a dollar fifty. You can open and close these fittings several times if need be in the future. Hang the unlocking tool (about the size of silver dollar) over a work bench where it will be handy if you need it later. Don’t bury it in a tool box.