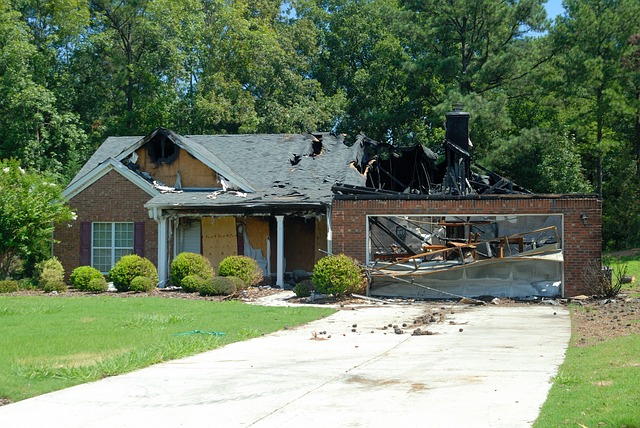 How likely is your home to burn down to the ground? Fortunately, the chances are 1 in 3,000, because of which we can state that the odds are in your favor. However, combusting structures are also dangerous for many reasons. A fire can double itself every thirty seconds. Hence, it can become difficult for people to overcome a fiery situation. A typical fire burns at 1,000+ degrees Fahrenheit, which is strong enough to damage metals in your home. One survey by the NFPA confirms that firefighters respond to around 1,000 house fires daily, with Texas being the most vulnerable state regarding residential fires. So, we have compiled some tactics here that can help homeowners protect their homes from a sizzling destiny!

Protecting your apartment from house fires

Homeowners can protect their homes by practicing some essential safeguards against house fires. These fire-safe habits ensure your house remains well-protected against accidents caused by domestic flames. These precautions include being careful with candles, incenses, and fireplaces. Avoid leaning them lit while closing doors to your bedroom to ensure minimum damage. You should also avoid smoking inside or staying 25 feet away from the closest exit for better security from blazes.

What causes house fires in homes? Several research projects point at some general reasons behind residential conflagration. We suggest studying the report by NFPA in which researchers have broken down some common causes of house fires in American households. They range from domestic appliances and holiday decorations to children playing with matches and cases of arson. So, here we’ll mention these leading causes of house fires with their contributions:

Malfunctioning heating sources may trigger flames in the house. We suggest you employ the services of professionals to check these sources for ascertaining that your home doesn’t remain vulnerable to fires. Moreover, we recommend cleaning your HVAC system and positioning heaters away from flammable materials. Declutter your living space since fires can start from debris as well. These precautions keep your building well-protected against threats of burning down now.

Experts have warned it takes house fires thirty seconds to become life-threatening, and you only have two minutes to plan your escape. In five minutes, house fires often engulf the entire area. That’s why we suggest having your escape strategy prepared in case of a fire. Most of such fires start at night or early in the morning when everybody’s sleeping. So, it’s better to practice escaping every room in the building with your family. Here are some steps involved in all escape plans:

Remember to unplug electrical appliances when they are not in use. They consume excessive electricity and are also vulnerable to overheating, exploding, and starting a fire. Your television, computer, and gaming console need to rest a while. Forgetting to unplug these appliances may lead to a constant electrical stream that sometimes becomes a source of house fires. So, you can always avoid a surge by just unplugging these devices.

Your kitchen’s the most vulnerable location when it comes to house fires. Statistics show that cooking causes most house fires, and it’s the second-leading cause of death caused by house fires as well. So, we suggest never leaving your cooking unattended and always turning off the stovetop when you exit your kitchen. Also, stay away from wearing loose/dangling clothes when you work in the kitchen. Also, built-in grease is quick to ignite. Clean up spilled oil immediately.

It’s a no-brainer to keep items that are quick to catch fire away from the sources of heat/flame. It’ll ensure that nothing flammable gets ignited accidentally and burns your house to the ground. So, keep your clothes out of the way when you’re lighting the fireplace. Watch all heat sources placed in your home. Keep combustible materials away from these sources. Remember to put out the fire when you wish to leave the house. Don’t let embers solder in the fireplace and cause a major house fire.

Now, we aren’t asking you to crawl into your walls to check the electrical connections behind them. You should check everything that’s lying outside and visible to you. Also, we suggest you monitor the outlets inside the house and have them repaired if they start malfunctioning. You must pay attention to damaged wires because they make your entire home vulnerable to fires. This strategy stops house fires from erupting when you’re least expecting them.

In October, the NFPA issued a report regarding house fires for 2015-2019 and related statistics. The report reveals that around 346,800 residential structures in the United States caught fire during the period, leading to over 2,600 civilian deaths. Moreover, 11,000+ people were injured, with the country losing $7.3 billion in straight property damage. So, how can you prevent your house from burning to the ground? It would be best to understand the common causes of house fires to remain vigilant. Also, install some smoke detectors and fire extinguishers. Create an escape strategy for your family members and practice open fire safety. Do remember to keep the kitchen safe. That’s how you can continue living in a secure home.