Showers are taken for granted in that they feature in the majority of modern households and something we simply accept as a morning or evening ritual.

The shower has come a long way though from the early days as this brief history outlines.

Showers in History: The Waterfall

In many warm countries like New Zealand and Hawaii, ancient tribal people would bathe in waterfalls in the belief that the falling water would help rub the bather clean.

The idea soon caught on, and even those who didn't live near a waterfall would tip a bucket of water over themselves to rinse soap suds away.

Imagine having to stand in your garden today whilst someone tipped a bucket of water over your head, perhaps not much fun for those of us living in the UK.

Excavators of the ancient Egyptian city Akhenaten, which dates back to 1350 B.C., found the remains of a small bathroom.

From the design of the basin, it is believed to have been a simple form of shower that was probably operated by servants pouring vases of water onto the bather. This shows that the best way to bathe is to get someone else to do it for you.

The modern day equivalent would the body jet showers where it does most of the work itself.

King Nebuchandnezzar (605 to 562 B.C.) made the most of Babylon's series of aqueducts by bathing in a shower room where slaves poured water over him as he washed with soap made of ashes and animal fat, though you have to wonder whether he was cleaner before or after the ashes and animal fat soap.

Perhaps a early version of the soaps now available in Lush?

Citizens in Ancient Greece took outdoor showers by standing under a stream of water flowing from the spouts found on the sides of large fountains in the cities, making sure that you go to know your neighbour whether you liked them or not.

Communal showering has always been popular throughout history such as the Roman Baths where it was always seen as a group activity.

Showers in History: The Downfall of Hygiene

Bathing lost its popularity during the 15th Century, when it was believed to be linked with vanity.

Queen Isabella of Spain boasted that she had taken only two showers in her lifetime, and early Christians avoided washing to be more holy. St. Francis of Assisi even listed dirtiness of one of the signs of a holy person, and St. Agnes died at 13 without ever having taken a bath.

In all, quite a smelly period of history and in hindsight probably better to have been unholy and clean than holy and smelly.

Showers in History: Back in Vogue

By the 16th Century cleanliness was back in fashion, but only after a third of Europe had fallen foul of plague, thereby highlighting the need for proper sanitary systems and cleanliness.

Bathing rooms were added to Windsor Castle, where Queen Elizabeth took a bath once a month, so still a little bit smelly all the same, not wonder she was never amused.

The modern shower that we tend to find in our bathroom first cam into use during the latter stages of the 18th Century.

The first patent was granted in 1767 to William Feetham. The earliest models had a hand pump, and soon gained popularity for their modest use of water compared to that of a bath.

They were also smaller and cheaper to install than bath tubs with servants having less waste water to carry away.

Showers in History: The English Regency

When doctors began prescribing showers for health the first designer shower was born as their popularity began to grow. The English Regency Shower was a frame made of metal painted to look like bamboo.

At the base was a drain, and over the bather's head as a tank. A hand pump pushed the water from the basin into the tank and down over the bather and basically the equivalent over a modern day mixer shower, though the individual got a workout and a wash at the same time.

Showers in History: The Modern Shower

After this shower renaissance, showers became thought of as strictly utilitarian devices and the fancy designs that had rapidly developed disappeared.

Today the choice on offer to the consumer is immense so that there is something for everyone, regardless of price range, taste or space. 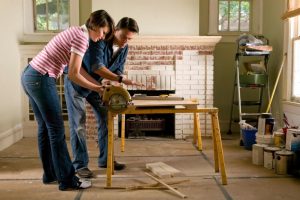 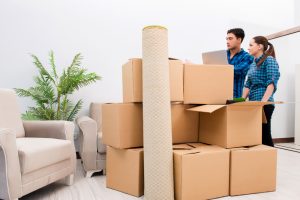 Tips For A Long-Distance Move