In these environmentally troubled times, not a day goes by without another scheme promising to drastically reduce our impact on the environment being unveiled. Buzzwords like "eco-friendly" and "green" are frequently bandied about, and even the most environmentally unaware of us are familiar with the concept of the carbon footprint and the need to minimise it.

"Going green" is no longer the sole preserve of the drippy hippy and the militant eco-warrior; green is in, and there are now a wealth of ways in which to contribute to the environment without having to compromise on lifestyle.

Switching to solar power is a simple and effective way to join the struggle against global warming while also benefiting from significally reduced energy costs. This has been recognised by the European Union; although renewable sources currently generate less than 7% of energy across Europe, team has announced bold targets of a 20% overall increase in renewable fuel increase by 2030.

Photovoltaic panels differ from conventional solar panels in that they convert light energy into electricity, rather than being reliant on solar heat energy. In the south of France, which enjoys up to 12 hours of sunshine a day during the summer and up to 5 hours a day in midwinter, both types of panel can be used to great effect. However, the switch to solar power is only a viable option - it is also a lucrative one.

France is currently taking drastic steps to address the issue of climate change; President Sarkozy is determined to make the country "the world leader of non-carbon energies, by developing renewable energy and drawing on its industrial know-how", and, to this end, recently announced plans for a controversial new "carbon tax" which aims to penalise those with excessively high carbon emissions.

Although these proposals have met with widespread opposition, the French government has followed them up with an altogether more enticing scheme - it plans to increase the generous incentives which are offered to businesses and individuals in return for switching to solar power. The regulations are currently still in the drafting stages, but are expected to be put into practice by January 2010.

The sums of money awarded to new converts to solar power could be as much as 30 cents per kilowatt per hour for private residences, meaning that France would enjoy one of the most generous solar incentive schemes in the world. The proposed incentives will be calculated in relation to geographical location - areas enjoying the highest levels of sun will offer significantly lower tariffs than those with a cloudier climate.

Although some may have previously rejected the idea of installing solar panels on the grounds that they are bulky and unattractive, this is no longer a valid excuse. Technological advances have rendered them slim, sleek and unobtrusive - even stylish - and new-build developers have been quick to recognise the potential environmental and economic benefits.

It is becoming increasingly common for new developments to list integrated solar panels as one of their major selling points, illustrating the fact that an ecologically sound lifestyle has become a priority for buyers. The energy required to manufacture a solar panel is cancelled out after two or three years of use, and each panel has a life span of a number of decades, so it is an entirely carbon neutral method of generating power.

As the name implies, solar panels harness the the immense natural energy of the sun; solar rays are a completely renewable, entirely non-polluting form of raw energy, creating electricity cleanly, simply and silently without the harmful by-products associated with the use of fossil fuels.

At first sight, the cost of installing the photovoltaic panels can seem prohibitively expensive - equipment generating the recommended amount of electricity for a family of four would initially seem to set you back around EUR15000. There are, however, a number of other incentives that could be taken advantage of, and which would drastically reduce the overall installation costs.

For example, the installation may be eligible for a local or regional grant, which could bring initial costs down to around EUR10500. Additionally, the benefits of drastically slashed electricity costs make the idea of switching to solar power both viable and enticing. 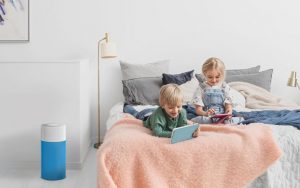 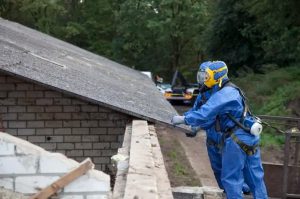