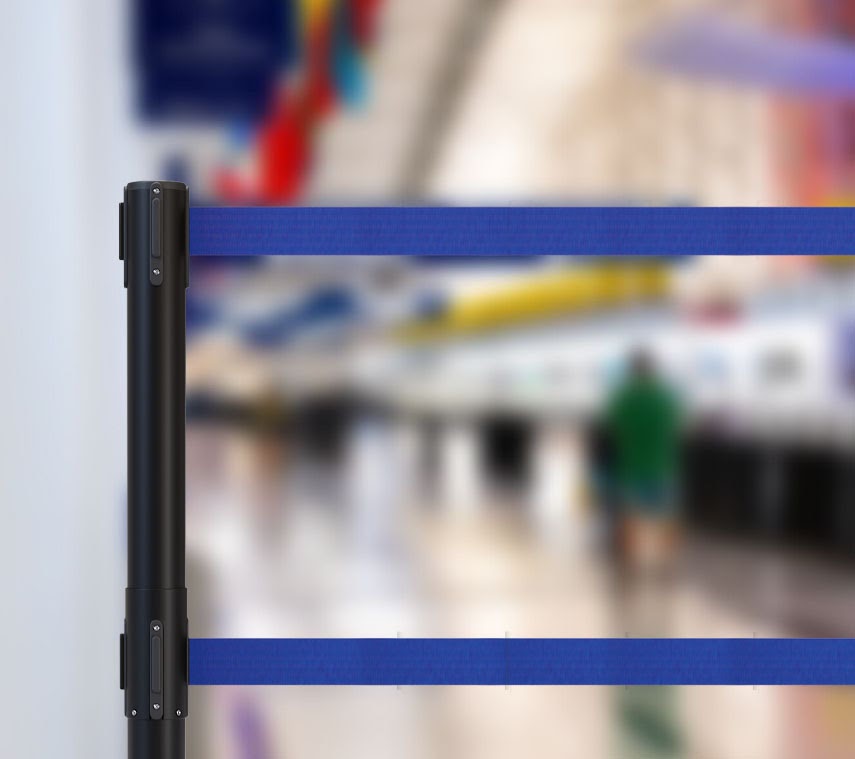 Safety managers in nearly every industry are likely to have a general idea about what a “stanchion” is, and how these simple post and rope or post and belt structures are useful for crowd management, line formation, and worker safety.

For instance, we’ll discuss the following:

Why do some stanchions have two belts?

Retractable belt barrier stanchions are convenient stanchion types because of the durable belts which can be extended or retracted as needed, and can be clipped into place at the top of another stanchion post. While most of these stanchions have a single belt extending from the top, some have two belts instead, roughly a foot apart from one another.

Including two belts on a stanchion achieves a few important things. The most obvious function of this second belt is to fortify the barrier, making it harder for pedestrians to pass through. Double belt barriers are very hard for someone to duck underneath, and provide better blockage for limited-access areas.

But perhaps the more important benefit of a second belt is the ability to meet ADA (Americans with Disabilities Act) standards. Which leads us to our next question below, clarifying what “ADA Compliance” is in the belt barrier context.

What does it mean for a stanchion to be “ADA Compliant”?

This means that a safety manager tasked with installing crowd management structures must also consider the effectiveness as it applies to people with disabilities. In the case of a retractable belt barrier, a double belt helps maintain the recommendation for barriers to be within 27 inches of the ground. This belt height ensures a sufficient barrier for those in wheelchairs for example.

ADA standards are required and you should make sure you know how to set up your small business or retail store to be ADA compliant. However, there are certainly small businesses which are not adhering to ADA compliance guidelines either because of unawareness or otherwise. While public and commercial facilities who choose to ignore these guidelines are liable for lawsuits and negative publicity, current laws allow disabled plaintiffs the ability to simply receive injunctive relief in these suits, (and not monetary rewards), so it’s unlikely for businesses to receive an expensive legal suit.

Even so, legally speaking, with the exception of some religious organizations and historical facilities, all public and commercial properties should maintain ADA compliance.

What are the other benefits of a double belt stanchion?

As alluded to before, dual belt stanchions like the ones for sale at Crowd Control Warehouse are not only useful for their ADA compliance, but have other benefits as well.

While double belt retractable belt barrier stanchions are slightly more expensive than the single belt alternatives, they have significant benefits, like those outlined above. High quality belts like those at Crowd Control Warehouse ensure long lifespans so that these stanchions do not need frequent replacement.

If you would like to learn more about stanchions in general, this post explains what a stanchion is and what types are available.