There are good reasons for both the difference in people's understanding of "security" and the gradual adoption of more stringent measures for maintaining a sense of safety.

Security is based on trust. We trust people we know and people who are vouched for by people we know, and we often give the benefit of the doubt - a limited trust - to strangers based on their appearance, their clothes, or their manner.

In a rural community or small town, everyone knows everyone else, and usually their parents, grandparents, cousins, and in-laws. A stranger is noticed immediately, simply by virtue of being a stranger, and a relaxed atmosphere quickly turns to curiosity, suspicion, and distrust - until the stranger becomes known to someone and can be vouched for.

In communities of thousands, however, it's impossible to know everyone; even in small gatherings it's likely that you'll encounter strangers, simply because the pool of people is so much larger. We register familiar faces as we walk our neighborhoods, but we don't even notice the unfamiliar ones unless they stand out in some way: someone immensely tall, or attractive, or clearly disabled, or of another race, or dressed extremely differently. When we see such a person, we pay attention; if the difference pushes the right (or the "wrong") button, we react, often with fear or, at least caution.

Another factor that has changed the dynamics of what we consider security is knowledge. Two iconic events during the 1960s planted seeds of change in the public's views.

First came Truman Capote's 1966 novel, In Cold Blood, which told the true story of a 1959 quadruple murder in the Kansas heartland. Though the victims were a wealthy family, the murderers were motivated as much by the thrill of killing as by personal reasons, and the message was clear - it could happen to you. Then the brutal murder of Kitty Genovese in 1968 cast a pall over New York 's reputation, but it also raised national awareness of the dangers of living in even a "nice, safe" neighborhood.

These events, coupled with a more general tension stemming from the disruptions of Cold War insecurities, the Civil Rights and women's rights movements, the anti-Vietnam War upheavals, and, of course, the rioting in cities beginning in the late 1960s, raised the level of anxiety in the 1970s.

The trend has continued ever since. With more widespread dissemination of information and the long-noticed tendency of local news programs to maximize ratings by highlighting murder, robbery, rape, and other mayhem, most people are bombarded with frightening news on a daily basis.

And while it's hard to determine what's increasing - crimes or our awareness of them, through wider reporting, more efficient record-keeping, or a combination of factors - it's undeniable that people throughout the country feel more vulnerable than ever before.

Feeling insecure affects our lives in countless ways; fear can drain our confidence, limit our activities, cause indigestion, change our sleep patterns. A sense of security, on the other hand, radiates well-being. We stand taller, assert ourselves, accomplish more and do it better.

The growth of the security industry in recent years reflects this understanding. To control our environment, we have to control access to it, whether by gating and fencing entire communities, or installing better locks on doors and windows, or making use of high-tech systems that allow us to monitor who is coming to call and, by extension, whom we let in.

There are still places out there - small towns and rural communities here and there around the country - where people never lock their doors and leave their keys in the ignition when they park their cars on Main Street . But in cities and suburbs, trust is harder than ever to come by, and gaining a feeling of security - and the radiant well-being that goes along with it - demands the best security system you can afford for your home or business. 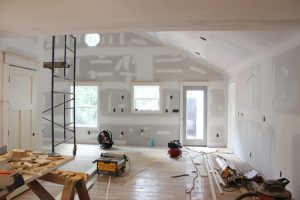